Both the field of science and the field of art occupy the human cultural continuum, though at opposite ends. The uniqueness of the Hadar branch stems from the understanding that these two poles, the rational pole, and the emotional and value directed pole, complement one another. Therefore, they should be dealt with simultaneously, thus intensifying each field of knowledge independently while mutually boosting both and developing the pupil as a whole person. 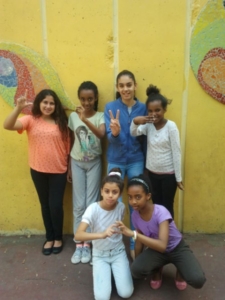 A bit of history

The history of the Hebrew Reali School in Haifa begins in the Hadar branch. The educational and pedagogical character of the Reali has been shaped here since the school’s beginnings. The first construction on this site, the historic domed building “Beit Shapira” – the Shapira Building, was inaugurated in 1913. However, only in 1921 did all the students in grades 7-12 begin studying there. When the school split up into branches, the “Center for Homework and Independent Study” was opened at the Hadar Junior High School. Its aim was strengthening and reinforcing the pupils who had joined the school’s ranks in the 7th grade (as part of the Educational Reform). Thus, the Hadar branch continued to serve its “sister” branches: the Junior High Schools of Ahuza and the Carmel. Today, 7th-9th grades study at this branch. The pupils are from Haifa and its surroundings. The Hadar Junior High School educates according to the uniform Reali Educational and Pedagogic Program, but focuses on science and arts and reinforces these fields.